For most people, symptoms are self-limited without interventions. The condition is usually uncomplicated; however, occasionally, complications may develop such as sinusitis, lower respiratory tract disease, asthma exacerbations, and acute otitis media.

The management of colds depends on the severity of symptoms:

Most patients with mild symptoms do not need any symptomatic treatments. Such patients should be advised to return for review if their condition worsens or exceeds the expected time for recovery.1,2

Symptomatic therapy is the mainstay of common cold management. Patients with moderate to severe symptoms may use a variety of therapies to relieve symptoms such as nasal symptoms, fever, pain and cough.3

There are many different formulations of decongestants and/or antihistamines available OTC for the treatment of nasal symptoms (i.e. rhinorrhoea , congestion, and sneezing). This includes single-agent and combination formulations.

In adults, decongestants and/or antihistamines proved to be the best option for patients with bothersome nasal symptoms.3

Sympathomimetic decongestants are available in oral (e.g. pseudoephedrine) or intranasal (e.g. oxymetazoline) formulations.3 They may offer mild relief of nasal congestion associated with the common cold when used alone.4,5

A Cochrane systematic review found that first-generation antihistamines are associated with relief of sneezing and rhinorrhoea, but not nasal congestion. However, patients may experience sedation as a common adverse effect.8

Ipratropium, an antimuscarinic agent, has been shown to be effective for the treatment of nasal symptoms such as rhinorrhoea and sneezing. A systematic review found low-quality evidence to suggest ipratropium nasal spray is effective for rhinorrhoea compared with placebo, but not for nasal congestion.9

Paracetamol is recommended for fever and/or pain. Evidence suggests that it may also help with nasal congestion and rhinorrhoea, but not sore throat, malaise, sneezing, or cough.10

Paracetamol is one of the most widely used analgesic/antipyretic agents, and is a first choice for many clinicians for the management of pain and fever in both adults and children.11

A review of non-steroidal anti-inflammatory drugs (NSAIDs) found that they do reduce discomfort, but provide no benefit in terms of improving respiratory symptoms.12

Analgesics are available as single-agent or combination (with decongestants and/or antihistamines) formulations.

Many different cough suppressants or expectorants are available, including single-agent and combination formulations (often combined with decongestants and/or antihistamines).

There is no evidence to support or refute the use of OTC antitussive drugs, expectorants, or mucolytic agents to reduce the incidence of cough in adults or children, particularly young children.13,14 However, the American College of Chest Physicians recommends against the use of OTC cough and cold medicines for the treatment of coughs.15

Cough and cold medications that include opioids, such as codeine or hydrocodone, should not be used in children aged 18 years or younger as the risks (slowed or difficult breathing, misuse, abuse, addiction, overdose, and death) outweigh the benefits when used for cough in these patients.16

Honey has been shown to offer more relief of cough symptoms compared to no treatment, placebo, and diphenhydramine in children aged 1 to 18 years, but is not better than dextromethorphan.15,17

A review of inhaled corticosteroids for acute and sub-acute cough found insufficient evidence to recommend their routine use for acute respiratory tract infections in adults.18

The advantages of a topical vs oral decongestant19-26

A nasal spray can deliver fast and effective targeted relief,19 but 52% of cold sufferers do not choose this topical option:27

Spreading colds to others may be limited by physical measures, including:

Otrivin – Formulated to meet different consumer needs, with both medicated and natural options for infants, children and adults providing fast and long-lasting relief19

Find out more about colds.

Find out about the causes and mechanisms of colds.

Explore an overview of the signs and symptoms of colds. 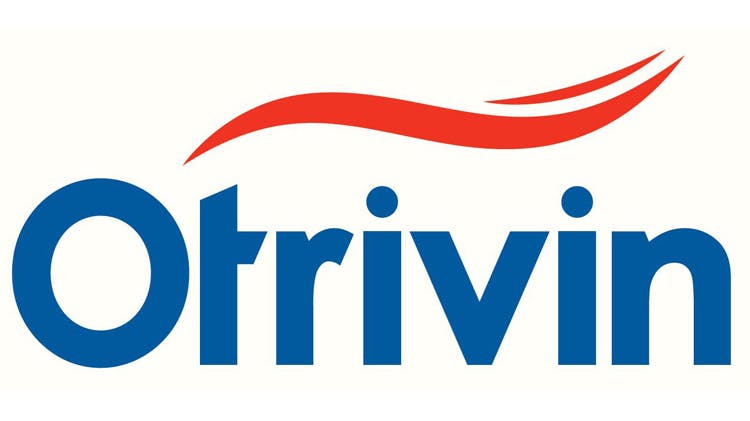 Find out how the Otrivin range can help your patients.

Find out more in the learning lab.